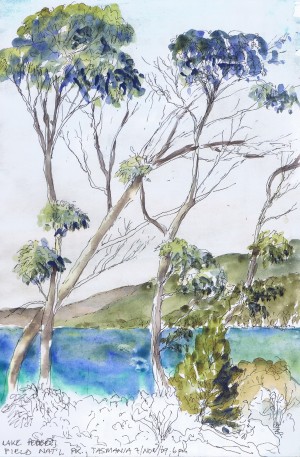 I majored in biology in college. Some of my most intense worship experiences occurred in biology lab looking through a microscope at algae’s glowing green complex structures or the diverse shapes of bacteria. For my last two years of college, I worked as a lab assistant for an astronomy professor, and I loved learning about the vastness of interstellar space. The hugeness of the universe and the smallness of tiny biological structures spoke to me of the greatness of God the Creator. I had then, and I still have today, a deep reverence for the creation as God’s handiwork. It seemed obvious to me then and it seems obvious to me today that caring for the environment is part of Christian discipleship.

When I graduated from college in the mid-seventies, no one else seemed to share that conviction. I have been delighted in recent years to watch an increasing commitment among Christians to care for the environment. A Christian college in Seattle sponsors a seminar for freshman on Christians and the environment. Many of the quotations in this series of blog posts come from a book of sermons on caring for creation, The Best Preaching on Earth: Sermons on Caring for Creation. Another book, Cherish the Gift: A Congregational Guide to Earth Stewardship, by Cindy Ubben Causey, provides practical suggestions for Christian congregations that would like to be more faithful in their stewardship of the earth, and that is only one of many books on that topic. All of these are signs to me that Christians are increasingly engaged in the issues of caring for the earth.

Most of us have also experienced sadness at the way nature has been damaged by human carelessness and greed. This abundant earth that God created no longer feeds all its inhabitants because humans have selfishly divided up its riches in inequitable way. Natural disasters and droughts have stunned us by their impact on people we care about.

For many, all the evil we have glimpsed makes the beauty of creation even more precious. It is a mystery how our awe and wonder at God’s creation can coexist with so much sadness because of the evil that pervades nature and human nature. Yet the creation keeps speaking to us, telling us how awesome God is.

In Romans 8, the Apostle Paul talks about the fact that the whole creation was subjected to futility because of human sin. In fact, Paul writes, the creation itself groans, just as we do, waiting for the time of final redemption. The earth is not in its normal state, the way God created it. Human sin has marred human life; our sin has also had a disastrous impact on the creation.

In Hosea 4:1-3, the prophet describes human sin: faithlessness, lack of loyalty, lying, cursing, stealing, murder, adultery, and bloodshed. Because of this, Hosea says, “The land mourns, and all who live in it languish; together with the wild animals and the birds of the air, even the fish of the sea are perishing.” This passage could have been written today.

Howard Snyder writes that the Biblical picture is not just a story of God and his people. “It is the story of God, the people, and the land. . . . Thus the Bible shows us that mistreating the earth is one of the clearest evidences of human sinfulness. We continue to sin against the earth – God’s creation – when we pollute the earth, waste the earth’s resources, or fail to practice good stewardship of the land entrusted to our care.” [1]

As the preciousness of God’s good creation becomes more real and more vivid, we realize the fragility of the beautiful earth. Many become more motivated to work for the protection of the environment as a part of their Christian commitment.

This movement towards creation stewardship by Christians coincides nicely with an increased interest these days in mindfulness and in thankfulness prayers, which help us experience an increased awareness of the wonder of creation.

This is the sixth post in a series on worshipping God as Creator. Earlier posts:
Nature calls us to worship
The Creation invites us to join in praise
The Bible and Creation
Some thoughts from midlife interviews
The good creation

(Next week: the spiritual practice of simplicity as a form of caring for Creation. This post is excerpted from my book, A Renewed Spirituality. Illustration: Field National Park, Tasmania, by Dave Baab. If you'd like to receive an email when I post on this blog, sign up under "subscribe" in the right hand column.)