Sabbath Keeping a decade later: the first post of a series 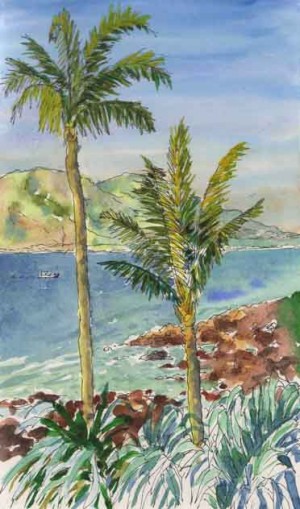 About a year after my book Sabbath Keeping came out, I spoke about the Sabbath at a conference. After I spoke, the president of the organization sponsoring the conference came to talk to me. He said, “One of my favorite activities on the Sabbath is to go to the gym and lift weights.” If the central component of the Sabbath command is to stop working, how can working out at a gym be appropriate as a Sabbath activity?

He went on, “My work is so cognitive and so relational. I find I need to connect with God’s creation on my Sabbath day. As I lift weights, I am so aware of my body, intricately created by God.”

When I did the interviews for Sabbath Keeping, a large number of people talked about their joy in engaging with creation on their Sabbath day: walking, biking, hiking, sailing, throwing a frisbee for a dog. Why would working out, if it makes us feel connected to God’s creation, be any different?

The two versions of the Sabbath command in the Bible throw some light on this issue. You’ll remember that when Moses came down from Mount Sinai with the Ten Commandments inscribed on stone tablets, he became furiously angry when he saw that the Israelites were worshipping a golden calf. Moses threw down the tablets and they broke. That first version of the Ten Commandments is found in Exodus 20. Later God gave Moses another set of stone tablets, and that second version of the Ten Commandments is listed in Deuteronomy 5. The only commandment that varies very much between the two versions is the Sabbath command. There are some small differences between the two versions, and one major difference: the reason given.

In the first version, the reason for the Sabbath commandment is God’s rest at creation. Exodus 20:8-10 lays out the command, then verse 11 gives the reason: “For in six days the Lord made heaven and earth, the sea, and all that is in them, but rested the seventh day; therefore the Lord blessed the sabbath day and consecrated it.” When we engage in Sabbath rest, we are to remember that God made the earth and rested on the seventh day.

In Deuteronomy 5:12-14, the second version of the Sabbath commandment, the words that describe what not to do on the Sabbath have some small differences from Exodus 20. Then in verse 15, the reason is given, and this reason is totally different: “Remember that you were a slave in the land of Egypt, and the Lord your God brought you out from there with a mighty hand and an outstretched arm; therefore the Lord your God commanded you to keep the sabbath day.” This reason relates to God as redeemer, the one who rescues us from slavery, and we are commanded to remember that God frees us from slavery.

Christian ministry engages on a daily basis with God’s redemption of the world. People in Christian ministry are partnering with God to help redeem the world, to help free people from slavery to sin, death and the devil. The man I spoke with at the conference was no exception. All week long he works to help his organization bring God’s salvation to the world. He spends his work week centered on God as redeemer. For him, a Sabbath focus on God as creator makes perfect sense and provides welcome balance. If he remembers God as creator on the weight machines at the gym, then working out is a good Sabbath activity for him.

Many professions center on helping God sustain creation: doctors, dentists, people in building trades and in all sorts of repair work, those who work with children, and people in many other jobs. For them, appropriate Sabbath activities might include activities that connect them with God the redeemer.

(Watercolor by Dave Baab. Next week: more on what I’ve learned since writing Sabbath Keeping more than a decade ago. If you’d like to receive an email update when I post on this blog, sign up under “subscribe” in the right hand column.)

Resources I’ve written about the Sabbath

My Bible study guide, Sabbath: The Gift of Rest