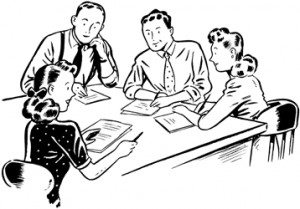 Spiritual practices—various forms of prayer and Bible study, and other practices as well—can play a significant role in congregational discernment. In a time when congregations are dealing with unprecedented challenges—ethnic shifts in neighborhoods, dwindling financial resources, changes in family patterns, less time available for volunteering, and an increasingly secular society—discernment has become a central issue. What is God calling us to do? What unique contribution can we, in this specific congregation, make in our community? In the wider world?

If we want to be missional congregations, engaging with God’s mission in the world, modeling ourselves after the incarnational ministry of Jesus, these questions are vital. We need to hear the Holy Spirit’s guidance about exactly what we are called to do in our community and in the wider world. We need to grow in our ability to discern the difference between a good idea and the right idea, the direction where God is calling us to walk.

The question of discernment has come into view because of another issue as well. Many congregational leaders are tired of church organization being conducted by Robert’s Rules of Order. They quite rightly rebel against a kind of dualism that views worship and small groups as spiritual, while leadership of the church is treated like business. Either God is present in everything we do, and we expect God’s guidance in all our activities, or we are engaging in hypocrisy.

Some leadership boards in congregations have moved beyond Robert’s Rules of Order to embrace a process of consensus building, and consensus has many advantages over voting. Consensus involves discussion leading to general agreement about a conclusion or decision. This process is often slower than voting on a decision after only brief discussion, but it usually results in a greater degree of ownership by participants, and it provides the opportunity to deal with resistance earlier than when decisions are made by voting.

Often consensus building among congregational leaders centers on meeting the greatest number of needs or desires. The focus is on what we need and want. In contrast, discernment is radically different because it focuses on listening for God’s voice and guidance through the Holy Spirit. Discernment is grounded in the presupposition that our lives and our ministry belong to God, and that God’s Spirit will guide us into decisions that reflect God’s will and values. Our needs and desires need to be considered, but they are neither the starting point nor the primary motivator.

How do we arrive at consensus through discernment? Spiritual practices help us remember who God is and who we are, an essential first step. They give a foundation for peace and resting in God. They help us keep our roots in Christ. Engaging in centering prayer or the prayer of examen together, practicing lectio divina as a leadership group, or spending a long time in thankfulness prayers can get a process of discernment off to a good start because they remind us who we are and Whose we are. They remove the dualism of viewing worship as spiritual while dismissing planning as business as usual. They set the stage for a listening process.

(This post originally appeared on the Gathering Voices blog.)