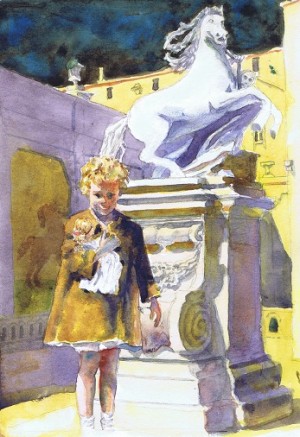 About 30 years ago, I read a book that has given me food for thought ever since, Anger: The Misunderstood Emotion by Carol Tavris. Anger, Tavris argues, is essential for human flourishing because anger provides the energy to work for justice. All the great social justice movements in history – such as the abolition of slavery, women’s vote, and civil rights – were fueled by anger at injustice and its impact on human lives. After reading Tavris’s book, I began to identify symptoms of anger in my body, so I improved at noticing the early signs of anger (in my stomach and throat), so I began to take baby steps in learning to manage anger more wisely.

Around the same time I was asked to teach a class on the New Testament at a Bible college in Seattle. I decided to read straight through the New Testament as a part of my preparation to teach. One of the things that jumped out at me was Jesus’ profound ability to teach wisely and creatively through parables, stories, actions, and interactions with people. Anger is woven into more of those stories and interactions than I had realized. Who can forget the powerful emotions around the cleansing of the temple? (See Matthew 21:12-17 and John 2:13-16). Mark 3:1-6 describes an incident where Jesus heals on the Sabbath, and he is described as being angry when the people watching won’t answer a question about doing good on the Sabbath. I invite you to ponder why Jesus was angry in both of those instances.

Last week I wrote about the strong pressure I felt to be “nice” – to be “blandly pleasant” as one of my Facebook friends said – when I was a child and teenager. I contrasted being “nice” with being quirky and a little bit weird, an idea my husband and one of my friends couldn’t relate to at all. Both of them contrast being “nice” with not being angry.

Every moment that we spend trying not to be angry is a moment when we aren’t trying to figure out how to be angry wisely. How do we harness our anger to work to improve the things that make us angry? How do we grow in identifying the way anger presents in our bodies, so we can discern how best to use the energy of anger? We would do well to spend a lot more time discussing the words of the Apostle Paul, “Be angry, but do not sin” (Ephesians 4:26), trying to figure out with others how to identify those times when anger is a healthy response to injustice and when anger morphs into actions that hurt the people around us. Every moment when we suppress anger is a moment when we are not exploring how God wants us to address the things we’re angry about.

In the past week, as I have prayed and thought about what I want to say in this post, I have experienced some moments of intense anger. I have seen more clearly that our emphasis on being “nice” has robbed us of the time we could have spent discussing the power of anger and how to use it well. Our embrace of being “nice” has stifled the energy that might have fueled efforts to make a difference in the world. Instead of being encouraged to notice our anger, figure out the parts of it that might empower us to help others, we have shoved it down. Our churches, families, and even friends have encouraged us to make this costly mistake.

I have also felt angry that anger is so complex, unpredictable, and challenging to deal with. Anger makes us uncomfortable, but suppressing it really doesn’t work very well. All too often, anger lurks inside us, revealing itself in passive aggressive behavior, addiction, depression, or something else. This makes me angry, too.

I invite you to picture yourself working with Jesus to clear out the temple and to heal people on the Sabbath. I invite you to enter into his passion about his Father’s priorities and values. Ponder Jesus’ values and let them penetrate your heart. I invite you to examine your own life for patterns of anger – how it develops in your body and how it has fueled you to action, both helpful and inappropriate, in the past. I invite you to talk with friends or family members about how all of you might use the energy of anger more wisely.

(Next week – Holy Spirit disruptions: A story about letting go of having an opinion. Illustration by Dave Baab – me at three and a half, painted by Dave from an old photo. I'm sure at that age I was already being told not to be angry. I love getting new subscribers. Sign up below if you’d like to receive an email when I post on this blog.)

I'll repeat the You-Tube videos I posted last week, some favorites of the videos I've made or been in: