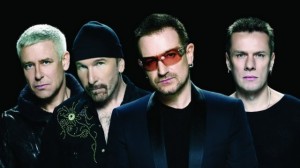 A couple of weeks ago U2 joined forces with Apple to give away U2’s latest album to all 500 million iTunes users. If you have an iTunes account, U2’s album appeared in your library in the cloud. A free gift! What could be better than that? Evidently that’s what Apple and U2 and Apple thought. Or at the very least they must have thought they were making a strategic decision that would benefit both the band and Apple.

What was the response? Many iTunes users were irate. The twitter-sphere exploded with negative comments. Many i-Tunes subscribers in their teens and twenties had never heard of U2, and they felt violated by music appearing in their folder that they didn’t want and hadn’t chosen. Even some people who knew of U2 or even loved U2 felt violated. In the latter group is author and former pastor Danielle Shroyer. She wrote, “Despite the fact that I’m what easily could be called U2’s core audience, even I found this to be invasive.”

Danielle wrote a blog post entitled “What the Church can learn from the U2/Apple mistake.” Here are some of her words that illustrate the significance of listening in Christian mission:

Don’t assume you know what people want or need. Look, if this is true in healthy relationships, it’s definitely true in relation to total strangers. . . . Churches make this mistake so often. They assume they know what people want or need without ever taking the time to ask, or get to know them. They think that because what they’re offering is something they love and care about, something they believe everyone should have, it follows that everyone will then want to have it. It doesn’t work that way. It never has, and it never will.

I’ve been doing a lot of speaking recently on listening, and every time I speak I find myself saying something like this (with possibly too much passion):

In Christian circles, we talk so much about discipleship and mission. We talk about caring relationships and showing support to others. We urge people to engage in these actions. But we don’t talk about one of the skills that makes these actions possible. We don’t teach listening skills, and we don’t talk about common obstacles to listening and how to overcome them. We are urging people to do things without giving them information about the underlying skills that make those things possible.

Without careful listening,we assume we know what people need and want, and we end up doing things that makepeople– both inside and outside the church – feel violated. Dietrich Bonhoeffer wrote in Life Together, “Our love for others is learning to listen to them.” I say Amen to that.