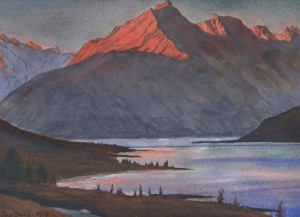 “No regrets” is a quintessentially American approach to life, emphasized by famous Americans as diverse as Norman Vincent Peale and Ruth Bader Ginsberg, and immortalized in song by musicians like Ella Fitzgerald and Eminem. However, this “no regrets” approach to life is an “unsustainable blueprint for living,” according to Daniel H. Pink, author of The Power of Regret: How Looking Backward Moves us Forward.

An excerpt from Pink’s book was published recently in the Wall Street Journal, and I have pored over that excerpt because it spoke to me so strongly. Pink argues that “no regrets” is particularly inappropriate as we enter the third year of pandemic living. It would be cruel to tell a depressed teenager, an isolated senior, or someone who has lost one or more family members to covid that they should feel no regrets. Pink writes,

“For the last three years, I have examined several decades of research on the science of regret. At the same time, I have collected and analyzed more than 16,000 individual descriptions of regret from people in 105 countries who responded to my online survey invitation. One of them was Abby Henderson, a 30-year-old Arizonan, who wrote: ‘I regret not taking advantage of spending time with my grandparents as a child. I resented their presence in my home and their desire to connect with me, and now I’d do anything to get that time back.’ Rather than shut out this regret or be hobbled by it, she altered her approach to her aging mother and father and began recording and compiling stories from their lives. ‘I don’t want to feel the way when my parents die that I felt about my grandparents of “What did I miss?”’

“The conclusion from both the science and the survey is clear: Regret is not dangerous or abnormal. It is healthy and universal, an integral part of being human. Equally important, regret is valuable. It clarifies. It instructs. Done right, it needn’t drag us down; it can lift us up.”

I love what Abby Henderson did in response to her regret. I love the idea that regret clarifies and instructs. Clearly, from Abby’s story, regret also motivates and empowers.

Pink continues, “Granted, regret feels awful. . . . Regret hurts; it makes sense that we’d try to shut it out. But if it’s hard to take, it’s even harder to avoid.” The way he describes regret has so many parallels with my writing about grief. We don’t want to feel it. We wonder if we’re doing something wrong when we feel it. We try all sorts of consumption – such as shopping, food, alcohol, and thrilling experiences – to push both grief and regret down deep inside us so we don’t have to feel pain.

In fact, I would argue that regret is a form of grief. If our culture denies grief and gives us no handles on how to deal with it, the same would be true of regret. A major lesson of the pandemic for me is that no matter how much we affirm that grief is significant and needs to be expressed, it hurts. And hurts. And hurts. So if I’m right that regret is a form of grief, I guess I have to expect that it will hurt, too, as I grow in being honest about it and allowing it to clarify, instruct, motivate and empower me. Perhaps I can learn to hold in one hand the joy of learning from regret, while holding the pain of regret in the other hand, much as I have advocated holding grief and gratitude in two hands.

Christians can take comfort in the many psalms that model bringing all sorts of pain to God. We can also take comfort in watching Jesus engage with so many forms of human emotion and also express his own emotion honestly. We can also take comfort that the Holy Spirit uses so many components of everyday life to guide us. As a result of reading some of Daniel Pink’s work on regret, I want to learn the practice of offering my regrets to God, asking for the guidance and power of the Holy Spirit to transform them into appropriate and healthy action.

(Next week: steps in reckoning with regret. Illustration by Dave Baab: Mount Cook and Lake Pukaki, New Zealand. If you’d like to receive an email when I post on this blog, sign up below under “subscribe.”)

Some of my posts about grief and gratitude. I found it fascinating to re-read these and notice the ways the grief I describe has similar characteristics to regret: