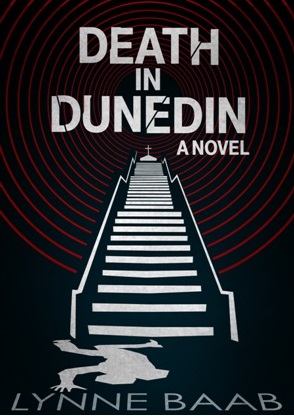 I’ve just had the interesting experience of watching my husband read my new novel, Death in Dunedin. His favorite aspect of the novel was the relationship between Lena, the guest minister of the church in the story, and two young women, Susanna and Holly, who are the “uni group” at the church. “Uni” is a New Zealand name for university. Susanna urges Holly to tell Lena about a trauma she experienced, and Lena listens to her quite well. The novel also features a scene where Lena prays for healing for Holly.

I have been passionate about good listening for most of my adult life. Back in the early 1990s I wrote an earlier book about Lena, Deadly Murmurs, and a major theme of that book was Lena’s ability to listen well. My passion for listening bore good fruit in my 2013 book, The Power of Listening.

When I edited Death in Dunedin in 2014, I wondered if I was too heavy handed – too “teachy” – on the subject of listening. Lena doesn’t go on long tirades about listening, but she mentions it a few times, and I created scenes where she would demonstrate good listening. I was so relieved that Dave felt the novel illustrated pastoral care vividly.

I wondered whether I had been too heavy handed or teachy about another topic as well. The parish council in Lena’s church is debating two proposals from elders. As the parish council discusses the proposals, I try to have the various elders talk about what it would mean for the congregation to be missional, to try to engage with God’s mission more deeply in a way that would be appropriate specifically for them. Dave didn’t comment on that issue, but a friend in New Zealand, Clare Ayers, did.

She said to me in an email that after she finished the book she found herself wondering, “What did the Church do to connect with its community?” In a review on amazon.com she wrote, “There are a couple of intriguing plots bringing in theological beliefs within the contemporary community, raising questions that take the reader into profound depths and insights.” So maybe I wasn’t too “teachy” on the subject of congregational mission either.

Another friend and Presbyterian minister, Anne Thomson, wrote in an email that she felt motivated a couple of times reading the novel to take notes on things that were said. Anne said those words in a positive way.

Three weeks ago, I wrote about the difference between writing non-fiction and fiction. I am first and foremost a teacher, so I have to watch out for an overemphasis on teaching in the midst of what should be simply a good story. So I was very grateful for feedback from Dave, Clare and Anne.

I’ve been thinking a lot about what I’ve learned as I’ve read novels and how I learned it. What do you think? Can novels teach? Should novels teach? And how do they do it? I’d love to hear your observations about novels that have taught you something and how they did it.