Grief AND thankfulness at Christmas 2019 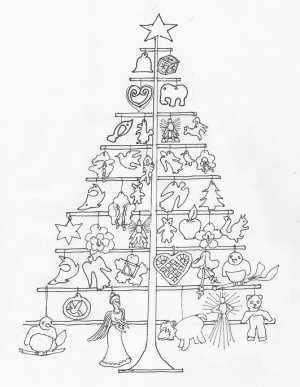 When I was a young adult, I read a book that changed my life: Rich Christians in an Age of Hunger by Ronald Sider. I learned about the great disparities in patterns of poverty and affluence around the world, and for the first time I saw the gap between my affluence and the poverty in developing nations. I learned that 25,000 children each day die from the effects of hunger. That’s more than 1,000 per hour, more than 150 per minute. That figure haunted me.

My husband Dave read the book too, and it influenced our prayers, financial giving, and lifestyle habits for our entire adult lives. We rejoice that over the four decades since we read the book, the number of children who die each day from the effects of hunger has reduced to 16,000, still far too many. But progress has been made. I am so thankful. I still grieve.

I wonder if there’s a statistic that haunts you. Perhaps the number of gun deaths, or homeless people, or the recent figures about the unexpectedly steep rise in the effects of climate change.

The people of the earth are broken, flawed human beings. That’s why Jesus had to come to earth.

The Book of Common Prayer, in Communion Liturgy C, summarizes our situation clearly:

From the primal elements you brought forth the human race, and blessed us with memory, reason and skill. You made us the rulers of creation. But we turned against you, and betrayed your trust; and we turned against one another.
Have mercy, Lord, for we are sinners in your sight.
Again and again, you called us to return. Through the prophets and sages you revealed your righteous Law. And in the fullness of time you sent your only Son, born of a woman, to fulfill your Law, to open for us the way to freedom and peace.
By his blood, he reconciled us.
By his wounds, we are healed.

Perhaps for you this Christmas, thankfulness and grief are more local. Maybe you’re thankful for the people you’ll see, the gifts you’ll be giving, or the time off work. Maybe you’re grieving a gift you’d like to give but can’t afford, a relative or friend you’d like to see but who lives far away or who has died, or a relationship so challenging that Christmas will an effort rather than a joy.

As I approach Christmas, I feel thankfulness and grief within my own body, soul and spirit. I’m so thankful for the ways I’ve grown as a person over my lifespan, for the intellectual, emotional and spiritual skills I’ve learned and gifts I’ve been given in those areas from God. But, oh my, how I grieve the self-absorption, anger, vindictiveness, jealousy, bitterness, gossip, and many other deep rooted behaviors that sweep across my heart and mind, day after day, and which manifest themselves in my actions far too often. My own sins are part of the immense brokenness that made it necessary for Jesus to come to earth and die on the cross.

I’ve been so blessed by this journey of trying to hold grief in one hand and thankfulness in the other. I always felt it should be one or the other. Most often I felt thankfulness was much better than grief. Affirming both has given me a new lens to look at so many things, including Christmas this year.

I'm praying for a blessed Christmas for all my readers. May you grieve honestly, while giving thanks to the God who came to us in Jesus. May God feel near.

Next week (to be posted between Christmas and New Year’s Day): Grief AND thankfulness in the new year and new decade. Illustration by Dave Baab. Sign up below if you’d like to receive an email when I post on this blog.

Two past posts about what I learned about Christmas from living in the Southern Hemisphere for a decade, where Christmas has beautiful long days and lots of sunshine: