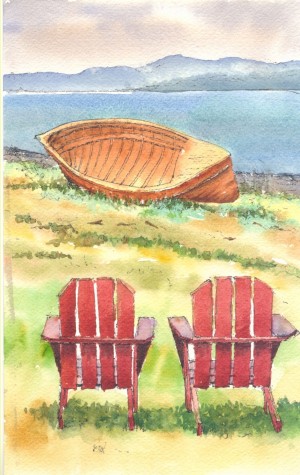 Back on February 20, when I started this series of blog posts on creative prayer, I mentioned that when I was a young adult, I was taught that prayer consists of adoration (or praise), confession, thankfulness, and supplication (or intercession). We used the acronym ACTS to be sure we hadn’t forgotten an aspect of prayer. Prayer, we were taught, was to done after studying the Bible in the morning at a desk. In addition, we were encouraged to pray ACTS prayers with others in prayer partnerships, Bible study groups, and worship services.

To my surprise, a few years later, I found I prayed best while walking. And a few years later I began to experience the insomnia that has been a part of my life for four decades and which has provided an opportunity for lots and lots of prayer. No Bible study beforehand! No desk!

In addition, I learned about many forms of prayer that go beyond ACTS. I read the Psalms and began to think that ACTS should be transformed into LACTS to include lament. But then I read Jeremiah, and one of my favorite prayers comes from him: “Lord, you know.” (I wrote about Jeremiah a couple of weeks ago.) That prayer doesn’t fit into the LACTS pattern.

I found that as I walked and prayed, I imagined myself putting my concerns into Jesus’ hands. I also developed something I call “thinking in the presence of God,” which is a combination of prayer and ruminating, and which was a huge blessing to me. I began to pray using art (I wrote about that here and here). I saw people turning their hands palm up to receive God’s blessings. None of these forms of prayer fit with the ACTS or LACTS acronym.

I learned so much from contemplative prayer events at church about listening to God or waiting on God, other forms of prayer outside ACTS. Some upcoming posts will go in the direction of silent, receptive prayer. When I started this series of blog posts, I thought it would center on forms of prayer that don’t fit with the acronym.

To my surprise, more than half of the posts in this series so far focus on how to do ACTS or LACTS prayer more creatively, more frequently, or with a certain perspective. I’ll list those posts below so you can read any that you have missed.

When I started the series, a friend emailed me to say she uses prayer cards. We were emailing to plan a time to meet, and she said she would show them to me. Her prayer cards enable her to pray systematically for other people, the “S” for supplication in ACTS. So today’s posts fits within the pattern of how to do ACTS prayer more systematically and thoroughly.

My friend’s cards are half the size of an index card. She has six of them, and she writes a dozen or so names on both sides. She puts a card in her purse, and prays for the people on one side for as long as it takes for her to pray thoroughly for each one, a day, a few days, a week. Then she prays for the people on the back side for as long as it takes. She then switches to another card.

She uses the cards when she walks, waits in line, waits for anything, or sits at her desk having a quiet time. Some people in her life appear several times on the six cards. Other people appear only once. Over the course of several weeks, the cards enable her to pray for a wide variety of people. And then she cycles back through them again.

When I emailed her to check on the accuracy of what I’ve just written, she replied: “This helps me to hold myself accountable to pray for the people who are important in my life – immediate family, friends, relatives, neighbors – especially those in my circle who are not believers.”

I met this friend when she was 18 and I was 23. Over the course of my life, she has prayed for me as consistently as anyone I know. I was thrilled to get to peek at her prayer cards, so I could see how she manages to pray so faithfully for people.

Here’s a list of other recent posts about how to do ACTS prayer more effectively:

Here are recent posts about how to ACTS prayer with a certain perspective:

Writing this series has been pure joy for me, as I have had the chance to write down the many forms of prayer that have helped me enter into God’s presence (or prayer forms I would like to engage in more). I believe we all need to think creatively from time to time about how to pray in fresh ways. Sometimes freshness in prayer comes from tweaking what we’re already doing so we can do it more often or more enthusiastically. Sometimes freshness comes from trying something completely new.  May God guide you into fresh and refreshing ways to pray.

Next week: prayers for letting go and for welcoming Jesus. Illustration by Dave Baab. If you’d like to receive an email when I post on this blog, sign up under “subscribe” below (for cell phones) or in the right hand column of the website (for laptops).

I have chapters on several forms of prayer that fall outside the ACTS acronym in my book Joy Together: Spiritual Practices for Your Congregation. The chapters focus on contemplative approaches to scripture, various forms of contemplative prayer, and receptivity.