My new book on Christian caring: How I came to write it 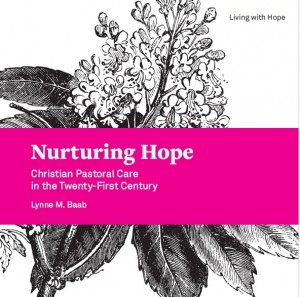 In mid January 2017, I was enjoying summer in New Zealand and slowly working through closets and drawers in preparation for our upcoming move back to Seattle in June. I was glad we hadn’t planned much travel for the summer, because I find it overwhelming to sort through possessions, and I was making very slow progress.

My friend Beth Gaede contacted me that January. Beth served as editor for five of my books, and over the course of working on those books, she and I became friends. In 2016, she had taken on the editor role for a series of books on pastoral care that would be published by Fortress Press. In our monthly skype conversations in 2016, she had talked about the various topics the books in the series would cover, such as grief, relationships, and parenting.

In the first half of 2016, I taught a class on pastoral care using a syllabus created by Lydia Fuller Johnson, who I consider to be a genius at pastoral care. Lydia said in her syllabus that if she could have used a subtitle for the course, it would have been “the changing face of pastoral care.” As Beth was formulating the plan for the series of books, and as we talked about it on skype, I chimed in with my opinions based on what I had learned from Lydia’s syllabus and from my own practice of pastoral care in many settings.

On that big day (for me!) in January 2017, Beth asked me if I would write the anchor volume for the series. It would be a general overview of pastoral care, setting the tone for the rest of the books on specific pastoral care situations. This was the first time I had ever been asked to write a book, so I felt honored and very grateful for that affirmation of my writing abilities.

We were going to move from New Zealand to the United States in late June. I would be teaching my heaviest load ever between March and June. I had numerous speaking and preaching dates set up for the months before we left. When we got to Seattle, we were planning on doing significant repairs to the house we had bought a couple of years earlier.

The publisher needed the book to be completed by September, and all I could see was VERY busy months between January and September. I didn’t reply to Beth’s email the day I got it, because I really didn’t want to say no, but I knew I needed to do that.

I woke up the next morning and wrote down this outline. I made notes about what I would include in each chapter. That day, I still didn’t respond to Beth’s request. Even though I had an outline for the book, I knew I needed to say no to writing it.

That second night as I lay in bed, I began writing an introductory chapter in my head. I could perceive the topics I would cover to introduce the seven trends and the four skills. The next morning I got up and wrote most of the chapter.

Hmmm. By noon on that third day I realized that I was going to write the book. I told Beth yes and dived in. I wrote all but two chapters in January, February and March. In April, I set the book aside to begin marking essays and finalize details for moving. In August, after we had arrived in Seattle, I did a lot of reading for the chapter on stress, and I completed that chapter and the other one I hadn’t written yet. The book got to the publisher by September, and it will be released next week on August 1.

In the next few weeks for my blog posts here, I’ll write about the trends and skills I present in the book. Nurturing Hope: Christian Pastoral Care in the Twenty-First Century will be my eleventh book, not counting my three Bible study guides and my four fiction books. Some of my books were like this one, written in a short period of time, pouring out of me as if God were giving wings to my words. Others of my books took many months, written in two or three mornings a week, balanced with other work.

So many people ask me questions about the publishing and writing process. I thought you would enjoy hearing a little bit about the steps that lie behind my latest book. I am thrilled with the book, proud of the content, and grateful for the opportunity to write it. I feel humbled by the privilege of being called by God to be a writer.

Two articles on listening, one of the key skills in Christian caring:
Listening past the noise
Letting go of agendas so we can listen to God and others