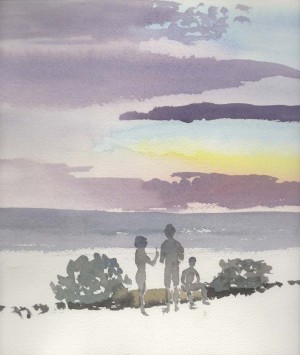 I have never before thought about the connection between imagination and equality in relationships. I love Cheryl Forbes’s insight about this: “Jesus’ relationships showed his imagination at work. A shepherd doesn’t favor his male sheep over his female sheep. Each is important him; he knows each by name and they know him.” [1]

In her book Imagination, she gives lots of concrete examples:

“Jesus reflected the same respect toward women and men. Mary and Martha, Mary Magdalene, the woman at the well, the woman taken in adultery, his own mother were all treated as individuals who matter as much as did Peter and John. He showed this same respect to other, less acceptable, people in Palestinian culture: Roman soldiers, tax collectors, publicans, sinners. For example, he knew that Zacchaeus only needed something to show him a little human kindness and respect to become a different person. Jesus invited himself to dinner at Zacchaeus’s house.” [2]

I wrote two weeks ago about the role of creativity and imagination in empathy. Clearly, empathy builds stronger relationships. But, according to Cheryl Forbes, imagination-based empathy also helps us see people as our equals:

“Jesus identified with everyone he met; he knew their names, knew the images they were creating. His empathetic responses were great. He knew that he could produce the same images – good or bad; he had the potential to be the woman at the well. He saw the center of a person, the place from which all the images he builds for himself begins.” [3]

The ability to feel a part of what others are feeling, to see something inside them, enables us to view people as our equals. This seems extremely significant right now in the United States, in the midst of the racial unrest we are experiencing. Perhaps you’ve seen the 17-minute video by Phil Vischer, the creator and story teller behind the Veggie Tales. In his viral video, seen 1.2 million times, he sets out to answer the question of why Black people (and their allies) are so mad. He is asking only one thing of viewers: to care. We cannot care without using our imagination to put ourselves in other people’s shoes.

Cheryl Forbes describes one additional component of Jesus’ use of imagination in relationships which has implications for anyone who engages in any kind of teaching role:

“Jesus’ relationships with people stand as a bridge between his miracles and his parables. Jesus would not have known what images to make, what metaphors to create, what stories to tell without an ability to know what his listeners needed. Living like Christ, then, means in part to live with the same imaginative intensity that he did.” [4]

How do we live in a state of imaginative intensity? How do we do our best to look at our world imaginatively and enter into God’s view of the world? One way is to ponder Jesus’ parables. Forbes writes, “Through his parables, Jesus was trying to expand the imaginations of his followers.” [5] In addition, the entire Bible is full of both emotion and powerful verbal pictures that stretch our imaginations. I find that the wide variety of emotions described in the Psalms helps me imagine the emotions that others are feeling. I love to picture many of the images described in the prophetic books: Jeremiah with his almond branch and boiling pot (Jeremiah 1:11-16), Isaiah’s vision of the temple with angels and the burning coal (Isaiah 6), and Amos’s justice rolling down like a river (Amos 5:24). I know many others who find that the narratives in the Hebrew Scriptures and Acts stimulate their imaginations.

Let’s bring our imaginations into our relationships with people we know, and also into our ponderings about groups of people we do not know. Let’s engage our imagination in Bible reading, Bible study and Bible meditation, so we can absorb something of the creativity of God. Our Creator God influences not only our engagement with arts and crafts and gardening and cooking, but also invites us to bring empathy to our relationships.

(Next week: Creativity in the second volume of C. S. Lewis’s space trilogy, Perelandra. Illustration by Dave Baab. I love getting new subscribers. Sign up below to receive an email when I post on this blog.)