What is compassion like when you haven't experienced what the other person is experiencing? 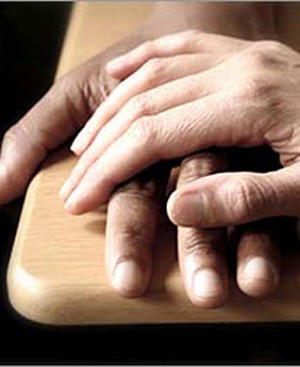 A friend of mine, who I’ll call Jane, had a rough year. Just over a year ago she was diagnosed with breast cancer, and the past 12 months were filled from beginning to end with surgery, chemo and radiation. She felt horrible most of the year, the degree of horribleness rising and falling with the treatments, but week in and week out she was dealing with very low energy and discouragement.

I felt a lot of compassion for her and was able to give her fairly consistent support because I know what it’s like to feel awful for long periods of time. I’ve had four major diseases, two of them lasting for many months. I’ve never had cancer, so I haven’t experienced chemo or radiation, but I do know that discouraging state of feeling awful for a seemingly endless period of time.

Jane’s husband, who I’ll call John, told me this week that he is aware that he didn’t do a good job supporting Jane last year. I’m not sure if he’s right about that, but he said he just doesn’t know what it’s like to feel bad for very long, so he had trouble entering into her state of mind. John is energetic, enthusiastic and physically fit. He told me that when he occasionally wakes up with a headache, he takes a painkiller and feels fine within an hour. He gets colds and flu, but they seldom last longer than a day or two. The longest illness he can remember is mononucleosis, which he contracted in high school, and he was sick for a week!

My conversation with John got me thinking about compassion. Jesus models it in a great number of his encounters with individuals: the leper, the woman at the well, and the woman caught in adultery, to name only a few. Paul also models compassion and endorses it as characteristic of relationships that build healthy communal life (Philippians 1:8, 2:1, Colossians 3:12). Compassion seems to be a component of the kind of love that is commended for Christians throughout the New Testament, and compassion plays a role in the kind of justice advocated in the Hebrew Scriptures.

The roots of the word “compassion,” from the Latin, are “with” and “emotion.” In Jane’s case, compassion came easily to me because I could easily remember feeling in similar ways to what Jane was experiencing.

Have I ever experienced or expressed compassion for someone who was feeling something I haven’t experienced or imagined experiencing? I’m not sure. I am sure that carefully listening plays an important role in compassion in any circumstance. Attentive listening enables us to hear the specifics of the other person’s situation, which may not be as similar to our own as we imagine it to be or which may be totally different from anything we’ve ever imagined.

My question for the day: what helps you listen to others in a way that nurtures compassion, especially when you've never experienced anything similar to what the other person is experiencing?