Grief AND thankfulness: A story and some new words 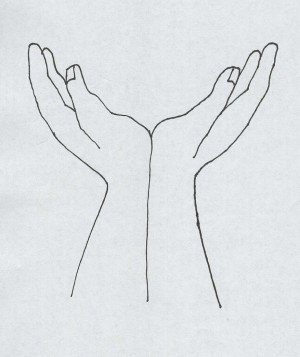 My dear friend Mike Purdy was diagnosed with stage four prostate cancer nine months ago. His body is responding well to treatment, but for his kind of cancer the treatment usually only works for a finite period of time. He gave a testimony at church recently about the ways God has worked in his life since the diagnosis.

He said that four words describe his journey: sadness, submission, gratitude and relief. He talked about each word in turn, and when he talked about his sadness, I could see many parallels with the way I’ve been writing about grief in this series of blog posts about grief AND thankfulness. He described his sadness about the possibility of not watching his grandson grow up, and his sense of loss about possibly not being able to do the things he wants to do. He talked about how precious his family and friends are, and how he doesn’t want to leave them. He talked about crying A LOT in the past months.

Then he addressed the idea of submission. Ever since he became a Christian his first year at university, he has viewed himself as a person who belongs to God. He mentioned the Apostle Paul’s words: “Whether we live or die, we are the Lord’s” (Romans 14:8). If indeed his life is in God’s hands, then he wants to submit to whatever God has for him.

He talked about his gratitude for his doctors and other medical people who have been diagnosing and treating him and how thankful he is for the family members and friends who have been so supportive. He mentioned how thankful he is that he has been so healthy up until now. Mike has had various careers, and right now he is speaking nationally as a presidential historian (his website is here), and his book, 101 Presidential Insults, was recently released and has gotten some great media attention.

He said that despite experiencing so many gifts from God, he also feels a lot of sadness at all the pain and dysfunction in the world. In that light, thinking about the nearness of death has a component of relief to him. To be finished with so many hard things in this life on earth, and to live in heaven with God, will be a gift.

His four words – sadness, submission, gratitude and relief – got me thinking about other words I might want to bring into partnership with grief AND thankfulness. I haven’t made up my mind yet, but I do like the concept of submission. I wrote an earlier blog post about holding in tension two important practices: submission and entreating (asking God for what we believe to be important). A year ago I preached a sermon entitled “Reverent Submission,” where I tried to reclaim the concept of submission, which has gotten a pretty bad rap because of all sorts of abuse associated with the rhetoric of submission.

Or I might couple the word “receptivity” with grief AND thankfulness. Receptivity been a favorite concept of mine for a long time, and for me it captures my willingness for whatever God brings, somewhat like submission but perhaps with more joy implied. Focusing on receptivity invites me to pay attention to my life and what God is doing. If we are to engage in grieving AND thanking God, we need to pay attention to whatever God is doing in the midst of those actions and follow God’s leading. Which, of course, brings us back to submission.

I invite you to ponder which words you might add to grief AND thankfulness. Which words describe your journey, or your sense of call from God, right now?

This is the second to last post in this series (the first post is here). Next week I’ll write about what I have learned from writing the dozen posts about grief AND thankfulness. Then on to a brief series of blog posts about significant anniversaries in 2020. Illustration by Dave Baab. If you’d like to receive an email when I post on this blog, sign up below. I love getting new subscribers.