Listening to creation as a part of environmental stewardship 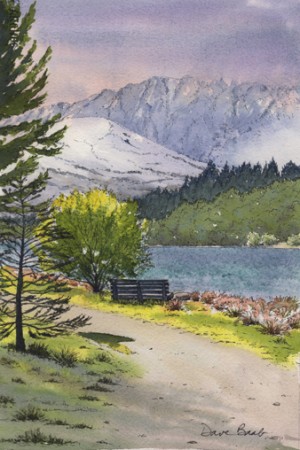 “The whole world is singing but we’ve stopped listening.” Those words show up in a cool video showing a sound and light exhibition at the United Nations about species loss. A friend sent the link to me in response to my two recent posts about listening. (One of my posts recommended a game about listening and the other suggested that as we listen, we view ourselves as detectives.)

I’ve been interested in creation care as an aspect of Christian discipleship for a long time, but I had never before explored the connections between my listening research and God’s call to steward and tend the beautiful created world. Yet the notion of creation speaking (implying that humans can listen to it) is present in one of my favorite scriptures about creation, Psalm 19:1-4:

The heavens are telling the glory of God;
and the firmament proclaims his handiwork.
Day to day pours forth speech,
and night to night declares knowledge.
There is no speech, nor are there words;
their voice is not heard;
yet their voice goes out through all the earth,
and their words to the end of the world.

What are the heavens saying? If we listen, what is the message they would speak to us? Joseph Addison wrote a hymn in 1712 expressing his interpretation of Psalm 19. Later, the words were set to music by Haydn, making the hymn memorable. (You can listen to it here.) As you read the words of this hymn, watch for all the listening that Addison implies that we might engage in as we pay attention to the skies:

The spacious firmament on high,
With all the blue ethereal sky,
And spangled heavens, a shining frame
Their great Original proclaim.
Th’unwearied sun, from day to day,
Does his Creator’s powers display,
And publishes to every land
The work of an Almighty Hand.

Soon as the evening shades prevail
The moon takes up the wondrous tale,
And nightly to the listening earth
Repeats the story of her birth;
While all the stars that round her burn
And all the planets in their turn,
Confirm the tidings as they roll,
And spread the truth from pole to pole.

What though in solemn silence all
Move round the dark terrestrial ball?
What though no real voice nor sound
Amid the radiant orbs be found?
In reason’s ear they all rejoice,
And utter forth a glorious voice,
Forever singing as they shine,
“The hand that made us is divine.”

Addison followed the pattern of Psalm 19 and focused on the “voice” of the sun, moon and stars. If we listened to the animals and plants of the earth, what would they say? Or the mountains, rivers, fields, forests and seas? Or even the bacteria, viruses and other microscopic beings?

Pope Francis, in his recent encyclical about stewardship of creation entitled “On Care for our Common Home,” included a poem with the words, “The poor and the Earth are crying out.” If they are crying out, are we listening? Do the poor and the earth sometimes cry out with the same message?

What are the implications of hearing clearly from creation that “the hand that made us is divine”? If God made something, does that imply we are responsible to care for it? I believe the answer is a strong yes, and that Christians need to spend more energy exploring what that looks like in practice.

(Here’s an article I wrote about spiritual practices that nurture creation care. If you’d like to get an email when I put a new post on this blog, sign up under “subscribe” in the right hand column. The watercolor painting above is by Dave Baab and called “Queenstown Snow.”)